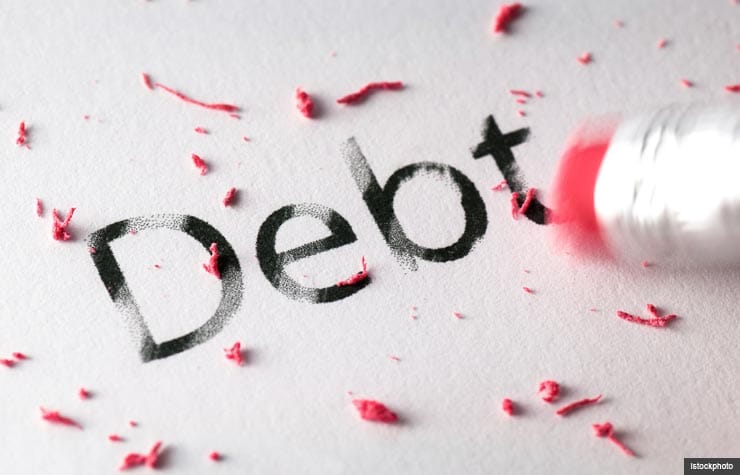 However, this solution is not right for everyone and not all people qualify.

Below are some of the most frequently asked questions about debt relief orders. Will this affect my credit rating? Do I have to include all my credit commitments? Do I pay a fee? Can I get a mortgage after a debt relief order? Will I lose my bank account? Will my employer find out? What is the maximum debt level? What happens if I have assets of more than £1000? Contact us today to assess the best solution for you

What is a DRO—Debt Relief Order?

The Insolvency Service created the Debt Relief Order as a less expensive alternative to bankruptcy. A DRO is an order that residents of Wales and England may apply for if they are unable to repay their debts. The order typically lasts for one year. During that period, creditors are unable to take any action to recoup their money. Once the order period ends, the debts included in the DRO are written off.

What is a DRRO—Debt Relief Restrictions Order?

A Debt Relief Restrictions Order lists restrictions on things you may do for the next two to 15 years. If the restrictions are not adhered to, you will be deemed to have committed an offence. This subjects you to a fine or imprisonment.

Who qualifies for a DRO?

Following are the DRO qualification requirements:

Low income Under £15,000 in qualifying debt (note: not all types of debt qualify—see below) After paying regular household expenses, no more than £50 income remains Cannot own a vehicle with a value over £1,000 (unless adapted for a physical disability) Cannot own items of value or savings totalling more than £300 Must have lived, owned property, or had business within Wales or England within the last three years.

Be aware that providing misleading or false information on a DRO application is considered an offence.

Who cannot get a DRO?

You will not qualify for a DRO if you:

What is considered qualifying debt?

What debts cannot be included in a DRO?

Even with a Debt Relief Order in place, creditors for these types of debts can take action:

What is considered an asset?

An asset is anything of value that is owned. Included are vehicles, stocks, savings, property, and antiques. Property owners usually do not qualify to apply for a DRO, even if they hold a mortgage. If you have an occupational or private pension fund but have not yet retired, the value of the fund will not usually count toward the £300 asset limit. However, check with us first because exceptions do exist.

Items not considered assets include a car adapted to accommodate a physical disability and used for daily activities, a motor vehicle valued under £1,000, equipment used in your business or job, such as tools or books, and household goods like furniture, clothing, and bedding.

How do I calculate my available spare income?

When determining the amount of spare income available, you must include all money coming into the household.

This includes the following:

You are permitted to deduct reasonable costs for daily needs. If the resulting figure is under £50 and you meet all other DRO requirements, you may qualify to apply for a DRO.

What takes place during the DRO period?

When a DRO is in effect, you are not required to make payments toward debts reflected on the order. In addition, creditors for these debts are not able to take any action against you. However, you must repay all debts not included in the DRO as well as normal living expenses like utility bills, water bills, council tax, and rent.

How do I apply?

The only way to apply for a DRO online is through an intermediary, which is an approved third party debt adviser granted permission to provide DRO advice and complete the relevant forms. To find an intermediary, contact a Citizens Advice Bureau or one of the authorities mentioned on the website for the Insolvency Service. The Official Receiver with the Insolvency Service administers DROs.

When applying for a DRO, a cash payment of £90 is required and must be paid at a Payzone outlet. Once the application is submitted, the payment cannot be recovered. The payment can be paid in instalments for a period of up to six months. However, the application will not be considered by the Official Receiver until the fee is paid in full.

When the application is received by the Official Receiver and the fee is paid in full, the Official Receiver will issue the order, provided you meet the DRO qualifications. After the DRO is approved, do not pay the listed creditors. They will be informed of the DRO and will not be permitted to take any action against you. The DRO will be published on the publicly available Individual Insolvency Register and your address and name will remain there for 15 months.

Is there anything thing I may not do before applying for or during a DRO?

Yes, there are several things. You may not falsify, destroy, or hide documents or accountings up to a year before applying for a DRO and during the entire DRO period. You cannot sell or give away valuable items for a price less than their worth to assist you in qualifying for a DRO. Finally, you cannot hide a change in your circumstances in that would affect your DRO application between the time you make this application and the time the order is granted.

Doing any of the above is considered an offence and could result in DRO refusal by the Official Receiver. The most serious violations may result in fines and prosecution, prison time, or both. If you are determined to have committed one of these acts after you have received a DRO, the Official Receiver may apply for a Debt Relief Restriction

Order or take away the DRO. If you are able to prove that you did not intentionally hide information or defraud anyone, you will not be deemed guilty of an offence.

In addition to these items, there are certain restrictions you must abide by while the DRO is in effect. You may not:

What changes in circumstances should I report during my DRO period?

During the DRO period, you must inform the Official Receiver of all changes in circumstances, including but not limited to an income increase, information that is incorrect or missing from the details provided for the DRO, and additional valuables or money acquired during the DRO, such as inheritance money. If you do not inform the Official Receiver of changes like these, you might be deemed to have committed an offence and the DRO may be taken away.

Can it affect my credit?

Yes, the DRO appears on the credit file for a period of six years. This could make it difficult to open an account with a bank or get additional credit in future years.

If I am on benefits while my DRO is in effect, are there special steps I should take?

To repay a Social Fund Loan or benefits overpayment, a local authority or the Department for Work and Pensions may take money from people receiving benefit payments. If this occurs when your DRO is in effect, seek the advice of an adviser. In some cases, the deductions must cease.

May I add debts to an existing DRO?

No, you are not permitted to add debts to a DRO, whether you forgot them or they are new. However, you must report any new debts to the Official Receiver if these occur during the DRO period.

What happens when the DRO period ends?

Once the DRO period ends (usually one year from issuance), the debts listed on the DRO are written off so you will not need to pay them. Any debts that were not included in the DRO and are still unpaid must be repaid.

How often can I apply?

You may apply for a DRO every six years.